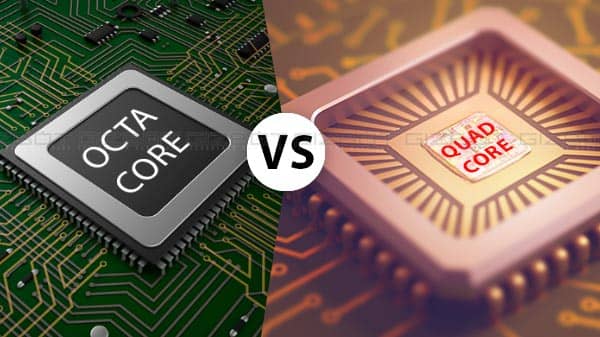 Which processor is best for an Android Mobile phone: dual core or quad core? and Why these are good?

A processor executes what you want your smartphone to do. Early mobile phones were essentially cousins of traditional landline telephones. Smartphones, however, are portable computers that happen to have telephone capabilities built in. Underneath that amazing touchscreen display is a full-fledged computer, responsible for telling your apps how to function, your GPS how to get you home and you who to call on the telephone. The processor is the brains of the operation.

It’s an element found in the main processor that reads and executes instructions. Devices began with a single-core processor, but engineers created more powerful devices by including more cores in one device. That led to dual-core devices. Soon there were quad-core processors (as in four cores), and now there are hexa- (six) and octa-core (eight) smartphones and tablets.

What’s the benefit of multiple cores?

The more cores, the faster they can divvy up the work you’re asking the phone to do. That means multiple cores make your experience snappy: Apps load quickly. You can capture high-quality photos or HD video and then browse through your collection without pause. Animations and videos play smoothly without stuttering. Games don’t get bogged down. There are exceptions, but generally, the more cores the better the performance.

Is an octa-core smartphone twice as fast as a quad-core one?

No. An octa-core processor is faster than a quad-core processor only when it’s running an app that takes advantage of its abilities or when you’re multitasking. For example, one core may be at work on your web browsing while another is standing by. A call comes in, and the second core gets to work. Both your web browsing and your phone call continue without a hitch, but not necessarily twice as fast.

What other factors are involved?

There are many—the processor is only one component of your smart device (think of it like all the parts of your car’s engine). There’s also a graphics processing unit, RAM for short-term memory, antennas for Wi-Fi and GPS and much more. All of these work together as a unit and all need to be considered when you buy a smartphone or tablet.

Bottom line, what do you need to remember about processors?

When shopping for a smartphone or tablet, the processor specs are useful to get a sense of what the device is capable of doing. If you’re looking for speed, go big with a multi-core processor.